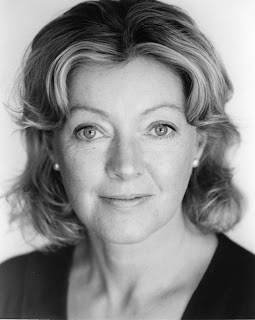 Born and brought up in Wales, Jennie loved anything with a romantic element from the age of five. At eighteen, she went to drama school in London then spent a number of years performing in British theatres, becoming someone else two hours, eight shows a week.
Jennie wrote her first romance story at the age of twenty five whilst ‘resting’ (a theatrical term for - out of work). She wrote a western and sent if off to Mills & Book in the UK who politely and correctly declined. She pushed writing to one side after that and got a musical theatre job. Which brings Jennie to her favourite quotation: “Fate keeps on happening.” - Anita Loos.
When her life changed and a new country, marriage and motherhood beckoned, Jennie left acting and the UK.
She now lives in a log-house in Western Australia, a five minute walk to the beach that she loves to look at but hardly ever goes to due to there being too much sand. (Sand is like glitter; once it gets between your toes, you keep finding it in the house for months).
Jennie returned to writing three years ago. She says it keeps her artistic nature dancing and her imagination bubbling. Like acting, she can’t envisage a day when writing will get boring either. 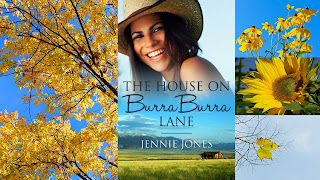 Jennie's debut novel The House on Burra Burra Lane will be published by Harlequin (Australia) digital-first imprint: Escape Publishing on 1 June 2013 and can be purchased now, on pre-order, at the following sites:

‘You grab a hat on your way out, Miss Marianna. I haven’t got time to chase after you with a first-aid kit and a bucket of water.’
Marianna Praskovya Sebastian, great granddaughter of Count Pyotr Alexandrovich Sevastyan, scrunched her eyes and stared through the opened cedar doors of the homestead to the vastness beyond. There was no beginning to the vista, not even a middle, just ethereal endlessness, blemished with little more than the struggle to breathe in the heat.
She’d never seen Russia, but she could say with confidence that outback Queensland was nothing like Wimbledon.
‘A moment without a hat is a moment too long out here,’ Rosa said, her mouth set at a no-nonsense angle in her dark skinned face.
‘Yes,’ Marianna answered as she stepped out to the veranda. ‘I’ll get one in a moment.’ She inhaled the suffocating heaviness in the air. A month ago she’d been trapped by convention, then adventure had stepped on her heart and left a deep footprint.
‘You’re going to ruin another pair of fine cotton trousers if you go walkabout dressed in those,’ drawled a lazy, born-on-the-land voice.
Marianna turned. Coralie MacKintosh sat astride her horse, the reins held loosely in her hands. The woman’s ancestors might have hailed from Scotland, but Coralie had wiped out all traces of bonny Highland grace from her line, apart from her nickname, Mac. And she lived up to the maleness of that with pride that seeped from her long, work-firmed limbs. Even the flies didn’t stay on Mac for too long.
‘Thank you, Coralie,’ Marianna said. ‘Good advice.’ After two weeks on the station she’d learned to take advice on the chin. There wasn’t an option.
‘I keep telling you, it’s Mac.’ Mac swung off her horse with the vigour of a young warrior. ‘You’re not kitted out properly.’
‘I didn’t need a stockwhip in London. I’d have stood out in the crowd - and you know how shy I am.’
Mac grumbled a laugh. ‘Retiring isn’t the expression hovering on my lips.’
‘You don’t think I can hack it out here, do you?’
‘You won’t be here long enough for me to worry about it.’
Marianna smiled. ‘Parsimonious response there, Mac.’
‘Illiberal is my middle name, duchess.’
‘It’s Marianna. I don’t have a title.’ Marianna kept her mouth curved but her brain was busting to know how Mac knew so much. Somewhere, somehow, Coralie Mackintosh had had a thorough academic schooling. ‘You swallowed a dictionary again, Mac?’
‘Yeah - and you better hide yours.’ Mac looped the reins over the veranda railing. ‘Boss’s back. He doesn’t like classy females stuttering fancy words at him.’
A prickle ran down Marianna’s spine. So he was here at last. Had he brought the little girl, Natalie, with him? ‘I can hold my own.’
‘Yeah …’ Mac crossed in front of Marianna and headed for the far end of the veranda.
‘She’s got a hat,’ Rosa was saying. ‘She just don’t think about wearing it, but she ain’t too stupid to walk far.’
Mac laughed. ‘She’s got a stubborn streak in her. You better get used to it, Nate. Or wise up. We call her The Duchess.’
‘But she don’t like it,’ Rosa added.
‘Well,’ rumbled another born-on-the-land brogue, thoroughly masculine this time. ‘Let’s just remember that around here, I’m the only one with a title.’
‘Right-oh, boss,’ Rosa said.
Marianna turned.
The man she’d been waiting for had an arm rested over the opened door of a dirt-battered 4WD and a booted foot on the running board. He was rangy enough to be comfortable on a horse seventeen hands high, his lean-muscled length capable of sitting in the saddle a whole week without need of a softer seat.
He turned his gaze to Marianna. He looked hot, restless and thirsty; as though he had a hundred miles ahead of him and two hours sleep behind him. Nathaniel Milligan. The boss feller.
‘Marianna Praskovya Sebastian,’ he said, enunciating her Russian middle name correctly. ‘Great granddaughter of a count.’
‘That’s not something that’s on my résumé.’
He stepped forwards and tilted his stockman’s hat but didn’t remove it from his head. ‘Honours degree in European history. Archivist employed by numerous stately homes in Britain. Author of “Artefacts Lost with our Emigrating Ancestors”.’
She nodded. ‘Now that is on my résumé.’ And the supposed reason she was here on his station.
‘Your education doesn’t count for much out here.’
‘It was enough for the lawyer in Cairns to employ me.’
‘He didn’t choose you. I did.’
It was the first Marianna had heard about that.
He pulled his near black eyebrows together over eyes darkened with tenacity. His nose and mouth were made more prominent by the wide brow and the square set of his jaw. ‘So.’ He smiled, bowed slightly. ‘Where is your hat, your highness?’
She’d have to deal with his arrogance in order to get to the little girl, and  if the secret she’d carried with her from England turned out to be true, her life would never be the same. She’d have to stay in Australia.
She drew a breath. It wasn’t only this land that had no beginning. She’d been thrust into the middle of a journey. All she had to do now was conquer the end.

The speeches were over, the crockenbouche about to be devoured, but a different hunger rumbled in Jemima’s stomach.

She stepped forwards, the ruffles of her burnt-orange maid of honour dress crackling like a starched petticoat. Stand tall, stay calm.

The best man, whom she hadn’t been able to keep her gaze off from the moment she’d taken her first step down the aisle behind her dearest friend, was heading her way.

The synthesizer was set to the timbre of an acoustic piano, and the bride was giving Jemima a, Go get him signal with a wave of her jonquils.

Jemima swallowed. Coupling with Mr. Jonathon Magnificent on the dance floor would be fascinating on two counts: one, she fancied him rotten and the attraction might be reciprocated given his initial, full length appraisal of her from the pulpit end of the church - although it might have been the dress that had made him smile. Two. If he danced the way he walked, they could forget about Strauss - she was about to be whisked to Caribbean heaven.

He moved as though he were on a tropical beach with an evening sunset as a backdrop, not the stuffy, overcrowded function room of a three star public house. For a moment, the sand was warm and grainy between her toes, the pounding of the drums rang in her ears as Jonathon bent his lean body backwards, legs akimbo, arms wide, and limbo’d under a fiery pole of shooting flames.

‘Nice dress,’ he said as he stopped in front of her.
‘It wasn’t my choice,’ she answered quickly. Would he see her charms beneath the polyester?
He lifted an eyebrow. ‘Neither was my tie.’
His tie was purple, but all she saw was the twinkle in his dove grey eyes.

‘Shall we?’
She took the offered hand. ‘I should warn you, I’m not exactly Ginger Rogers.’
‘Then I promise not to overwhelm you with my Astaire-like grace.’ He swept her into his embrace, and she was off; abandoning herself to the spirited strains of Johann and Jonathon.

Five whirling circuits of the parquet floor later, he brought them to a stop, his arm tugging her so tightly against his chest that her breathy gasps mingled with his.

A smattering of applause, and the guests went off to their profiteroles.

‘It’s humid in here, isn’t it?’ he asked, not releasing her.
His body was electric-hot, and a symphonic orchestra was warming up in the pit of his gaze.
‘It is a little balmy,’ she agreed.

The band struck up the Macarena.

‘Want to go another round?’
Oh, did she. ‘Not sure if you could take it. I’m pretty good at the Macarena.’
The light from his eyes shimmered through her. ‘There are many ways to dance, Ginger.’

Her hotel room was a lift ride away and the bouquet wouldn’t be thrown for at least another hour. It was time to test the starch on her ruffles.